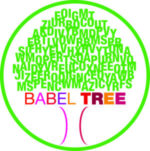 Each translation, proofreading or rewriting project has its own characteristics (level of urgency, volume…) and quotes will vary according to these.  However quotes are generally calculated in the following way:

Translation: for the most part quotes are calculated per source word. This method is clear for all.  Repetitive text is counted just once.  Occasionally, the quote is per target word.  In this case the client will be informed.  It is considered that a translator is capable of translating an average of 250 to 300 words per hour or 2000 to 2400 words per day.  Obviously these values vary according to the subject matter, the translator’s performance and tools used.

Proofreading: quoted per hour.  Generally it is considered that around 1250 words per hours (around 3 A4 pages only containing continuous single lines of text), but this value varies according to how complex the subject matter is, the quality of the text and the performance of the person proofreading.

We use cookies on our website to give you the most relevant experience by remembering your preferences and repeat visits. By clicking “Accept”, you consent to the use of ALL the cookies.
Cookie settingsACCEPT
Manage consent

This website uses cookies to improve your experience while you navigate through the website. Out of these, the cookies that are categorized as necessary are stored on your browser as they are essential for the working of basic functionalities of the website. We also use third-party cookies that help us analyze and understand how you use this website. These cookies will be stored in your browser only with your consent. You also have the option to opt-out of these cookies. But opting out of some of these cookies may affect your browsing experience.
Necessary Always Enabled

Any cookies that may not be particularly necessary for the website to function and is used specifically to collect user personal data via analytics, ads, other embedded contents are termed as non-necessary cookies. It is mandatory to procure user consent prior to running these cookies on your website.